Since we knew we’d be meeting a lot of great new artists at SPX (last weekend) and Baltimore Comic Con (this weekend) in September, we decided to extend the application period for exhibitor tables through the end of the month.

You now have until September 30th to apply for tables!

Acceptances and waiting list will be decided and announced in the first couple days of October.

In other news, we’re super pleased to officially announce that Kelly Phillips, Philly-based cartoonist and editor extraordinaire, has joined the LMCF team to help organize this year’s festival. You may already know Kelly’s work from her all-girl Dirty Diamonds anthologies, Weird Al super-fan autobio comics (Weird Me), or the recently minted institution of the SPX Prom. Well, now you know her as a part of Philadelphia’s favorite comics festival dream team.

We’re very pleased to welcome back legendary artist, and one of the main creators responsible for pushing comics into a new dimension where anything is possible, Bill Sienkiewicz! This Halloween, he’ll join us in Philadelphia again for our 2015 festival.

Bill has collaborated with us in the past with his four-page “Little Emo” nightmare and loving introduction to Little Nemo: Dream Another Dream, as well as the covers for our recent publication with the Philadelphia Museum of Art, Prometheus Eternal. Now we’re proud to unveil his joyous poster for this year’s festival, and lucky to continue our tradition of extraordinary artists and friends who have represented our young event.

Alexa Kitchen, the celebrated cartoonist whose work first saw publication when she was just 7 years old, will be making her much-anticipated return to the comics industry at the Locust Moon Comics Festival.

The youngest-ever nominee in Eisner and Harvey Award history, Alexa has spent her teen years on hiatus from her publishing career, developing a bold new art style. She will premier her new work with a number of never-before-seen prints at the Festival, showcasing her remarkable skills as an illustrator.

Alexa will be accompanied by her father Denis, who just so happens to be one of the most important figures in the history of comics — underground and overground publisher of Kitchen Sink Press, visionary cartoonist, accomplished author, and founder of the Comic Book Legal Defense Fund.

We’ve been lucky enough to work with David Mack on the publishing end of Locust Moon, both in 2014’s Little Nemo: Dream Another Dream and this fall’s Prometheus Eternal (plus Toon Books’ recent abridged edition of the former, Little Nemo’s Big New Dreams).

But this year, for the first time, he’s joining us here in Philly for the big Festival!

David Mack has been a wildly singular and influential voice in comics for years now, from his contributions to mainstream superhero fiction on books like Daredevil to his long-running creator-owned Kabuki series, an ever-evolving destination for inspiration and experimentation. 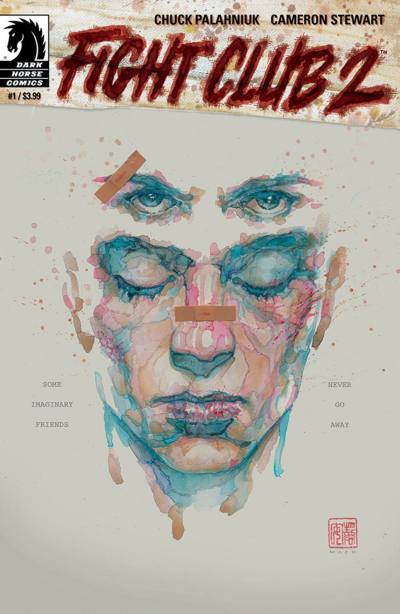 And you’re probably also seen his hand in film, where he helps design fantastic title sequences for films like Captain America: The Winter Soldier.


Captain America: The Winter Soldier – Main On End Titles from Sarofsky on Vimeo.

Mack exemplifies what we love about comics – the beautiful art, aggressive evolving of the language of storytelling, and the crossover between the “mainstream” and the wholly personal worlds. We can’t wait to see him at The Rotunda!

One of the funniest, most truthful, and hardest working cartoonists in the world today, Noah Van Sciver is a fountain of great comics, zines, graphic novels, and strips.

From his early Blammo anthologies to his weekly strips for Westword and his recent Fantagraphics books Saint Cole and Fante Bukowski, Van Sciver is taking alternative comics by storm with his often hilarious, sometimes heart-breaking, always character-driven stories about wasted youths, drunk wannabes, and Abraham Lincoln.

The Denver cartoonist recently began a residency at The College of Cartoon Studies in Vermont, and will make a trip down to Philly to join us for the Locust Moon Comics Festival.

Many of us who love comics as adults grew up addicted to X-Men comics written by writer Chris Claremont. The mutant pocket of the Marvel universe, and all the movies and cartoons based on it, are still largely defined by what Claremont did in his incredible 17-year run (1975-91).

Claremont was the mind behind classics in the X-Men tapestry like Days of Future Past, the Dark Phoenix saga, God Loves, Man Kills, and the original Wolverine series with Frank Miller, just to scratch the surface. With his writing, he almost single-handedly set a new standard for complexity and characterization in superhero comics. Working with artists John Byrne, Paul Smith, Marc Silvestri, Jim Lee, and other legends, he co-created beloved characters such as Kitty Pryde, Emma Frost, Mister Sinister, Gambit, Alpha Flight, Mystique, the New Mutants, Jubilee, Psylocke, Sabretooth, Cable, Magik, Rogue, and hundreds more, along with establishing backstories and voices for existing characters with which we still all associate today (Wolverine, Storm…and most others he wrote).

He also worked beyond the confines of his X-universe over the years, as writer of Marvel Team-Up, Fantastic Four, Ms. Marvel, a classic run on Iron Fist, and creator-owned series such as Sovereign Seven at DC Comics. His most recent comics work (between writing prose novels) was the Nightcrawler series at Marvel.

We’re honored to welcome Chris Claremont as a special guest at this year’s festival!

A world-renowned hero among modern cartoonists, Craig Thompson (Blankets, Habibi), will be making his first visit to the Locust Moon Comics Festival this year. And we couldn’t be more excited!

Thompson’s newest book, Space Dumplins, just came out through Scholastic this fall, and it is an all-ages wonder of funtastic adventure, born from a master’s brush.

But we personally know and love Thompson best for the standout piece he contributed to last year’s Locust Moon Press epic, Little Nemo: Dream Another Dream.

Craig Thompson will join Dean Haspiel and Andrea Tsurumi for a panel on Saturday afternoon at the festival. 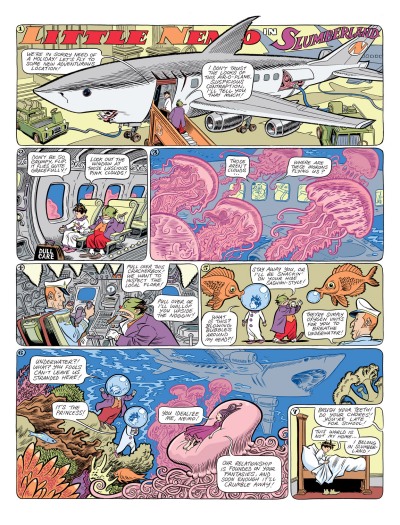