As an author, illustrator, musician, art director, magician, designer, escape artist, filmmaker, pop-culture lecturer, and publisher, Steranko has cut a ferocious path through the entertainment arts. The more than 150 innovations he created as artist-writer on Marvel’s S.H.I.E.L.D., CAPTAIN AMERICA, and X-MEN revolutionized the comics form and, as an illustrator, he painted a multitude of book covers, including 30 SHADOW paperbacks.

The Eisner Award Hall of Fame winner has shown his work at more than 300 exhibitions worldwide, including the Louvre in Paris and the Smithsonian Institution in Washington. His two volumes of THE HISTORY OF COMICS have sold more than 100,000 copies, and as editor-publisher of the international entertainment magazine PREVUE, he conducted hundreds of star interviews and penned more than three million words. As a filmmaker, he has collaborated with Steven Spielberg, George Lucas, and Francis Ford Coppola on some of their most popular movies, including RAIDERS OF THE LOST ARK (he designed Indiana Jones) and BRAM STOKER’S DRACULA.

Steranko has been cited by Michael Chabon as an inspiration for his Pulitzer Prize-winning novel, THE AMAZING ADVENTURES OF KAVALIER & CLAY; by Jack Kirby as the source for Mister Miracle; and, by WIZARD magazine as one of the Top Five Most Influential Comicbook Artists of All Time. Recent projects include The Discovery Channel’s Comic Book SUPERHEROES UNMASKED documentary, writing an episode of Cartoon Network’s Justice League series, and STARZ network’s COMICBOOKS UNBOUND. 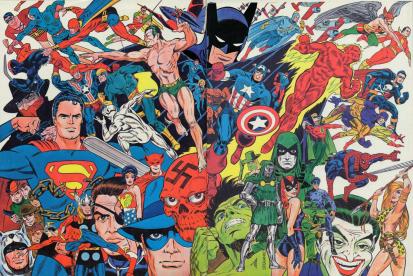 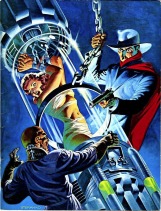 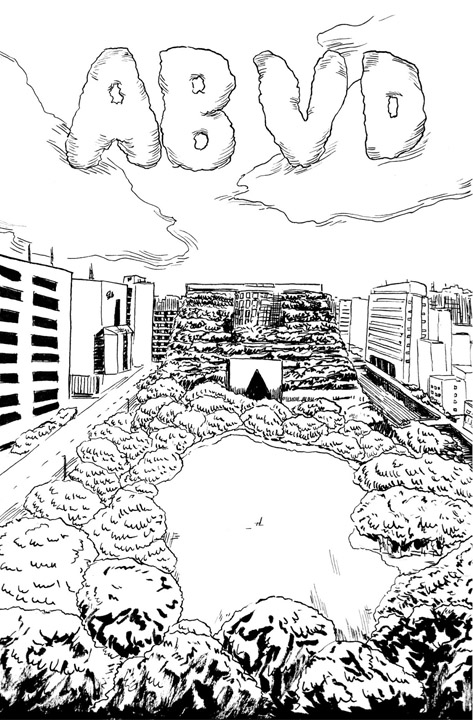 Ajani Oloye is an artist and translator living in Brooklyn. He is currently part of A28 Press, a collection of cartoonists from the New York City area. His first comic ABVD, is a short semi-autobiographical comic about his experience with cancer in Japan and he also has published collections of drawings from the NYC subway.

Sarah Sheppard is a Seattle native living in New York City. In 2009 she began studying cartooning in earnest, enrolling in a series of evening classes at the School of Visual Arts. She continues to learn and is very grateful to her teachers at SVA and to the talented cartoonists she’s befriended along the way. Nest Fest is her debut comic.

Daniel Pucca debuted My Dutch Foreskin at the 2013 MoCCAfest in New York City. My Dutch Foreskin is a 20-page autobiographical comic about growing up as an American boy in a small town in Holland during the 1980’s. In a nod to verisimilitude, much of the story is written in its original language. But fear not, the printed piece comes with a ‘Magic Tulip’ that, when held over Dutch word balloons, translates the text into English. Really.

Gregory Benton has been making comix since 1993.

Most recently, his book B+F was awarded the Museum of Comic and Cartoon Art’s inaugural Award of Excellence at MoCCAFest 2013. An expanded version of B+F will be published in October of 2013 through Adhouse Books (USA) and Editions ça et la (France).

Look for him at the Locust Moon Festival with his self-published efforts WORK and FORCE of NATURE. 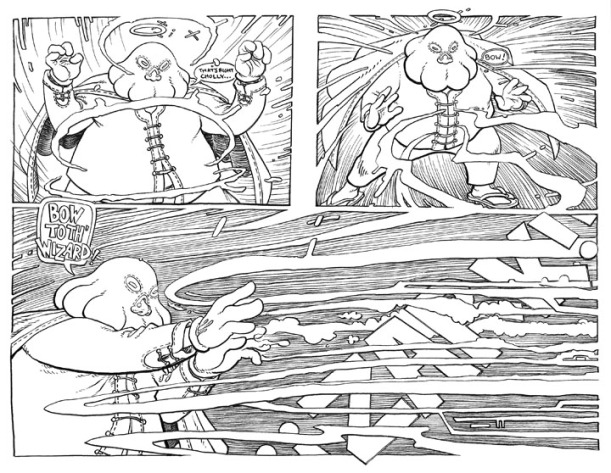 Born in 1973 in Bucks County, Pennsylvania, Bodie Chewning is a self-taught Illustration and story artist currently residing in Philadelphia. Bodie Chewning’s home-baked, sci-fi portraiture & cartooning was heavily influenced by his father, (non-professional) artist Jeffrey D. Chewning’s organic pen and ink style, but has mutated in the general proliferation of sci-fi/fantasy imagery and heavy/dark music so prevalent in pop and underground culture since the ’70s. 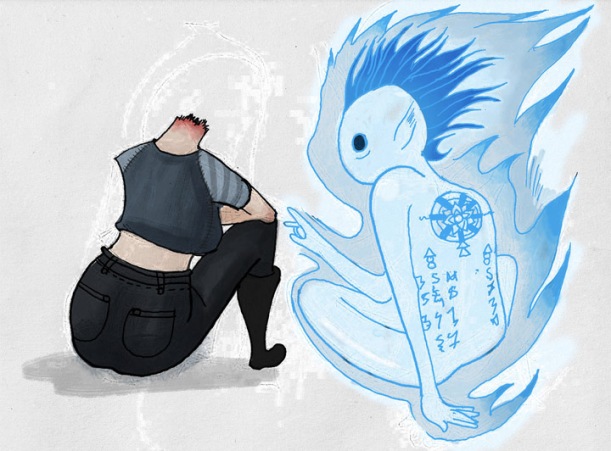 Nicole DiPonziano is a 24-year-old designer, illustrator, and cartoonist residing in Philadelphia, PA. She attended the University of the Arts for illustration and graduated in May of 2011. Nicole now works full time as a designer at Proscape Technologies, but make zines and comics on the side. Her current work in progress is Pawning a Dead Boy’s Guitar.

Brendan Duffey writes and draws pictures that tell stories. He is currently working on his self-published graphic novel Dreaming of Athanor. Besides drawing comics, Duffey also works professionally as a 3D animator and motion graphics designer.

Kate Eagle is a 24-year-old lady who works in comics and coffee. She inks Zachary Nixon Johnson, found here. She’s also making a children’s story for Graphic Cannon, soon to be released, and makes her own funny comics and zines on the side.

Emmy award winner and Eisner Award nominee Dean Haspiel created BILLY DOGMA, and THE RED HOOK, illustrated for HBO’s “Bored To Death,” was a Master Artist at the Atlantic Center for the Arts, is a Yaddo fellow, and occasionally teaches comic book storytelling. Dino has written and drawn many superhero and semi-autobiographical comix, including collaborations with Harvey Pekar, Jonathan Ames, Inverna Lockpez, Stan Lee, and Jonathan Lethem. He’s currently collaborating with writer Mark Waid on THE FOX for Archie/Red Circle Comics. Look out for his new self-published venture, PSYCHOTRONIC COMIX. 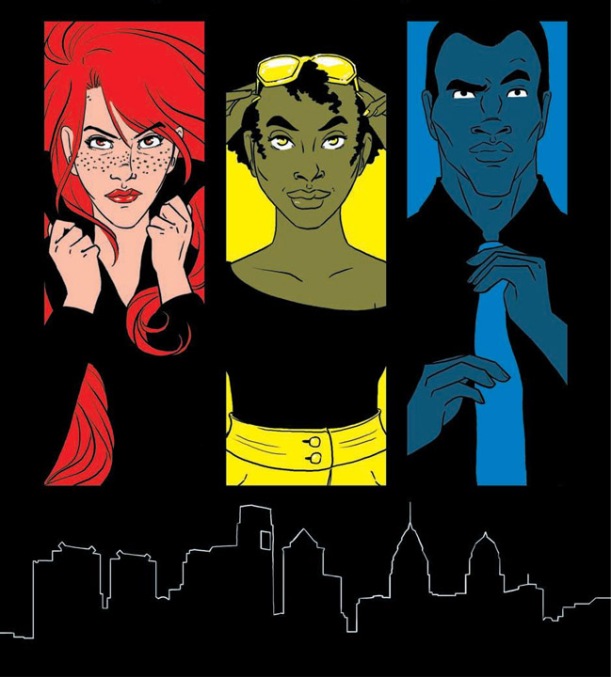 HollabackPHILLY is a local branch of the international Hollaback! Network, dedicated to ending street harassment (gender-based harassment in public by strangers). Street harassment also includes gender based harassment at conventions, where the behavior goes unchecked just like on public streets. HollabackPHLLY is currently focused on helping conventions draft comprehensive anti-harassment policies, train their volunteers to sensitively and successfully enforce those policies, and work with conventions on internal recording and reporting policies. Stop by our table to hear about how the project is going, and see how you can get involved in helping make geek culture more supportive and inclusive!

HollabackPHILLY’s Creative Director, Erin Filson, created and released the first ever anti-street harassment comic book, Hollaback: Red, Yellow, Blue. This project furthers HollabackPHILLY’s public education campaigns by providing an accessible, United Nations approved way to reach youth and engage them in the discussion of street harassment, rape culture, and gender based violence. At the same time, this project helps chip away at the glass ceiling in the gaming and comic book worlds by creating a woman themed, woman created online and hard copy comic book. 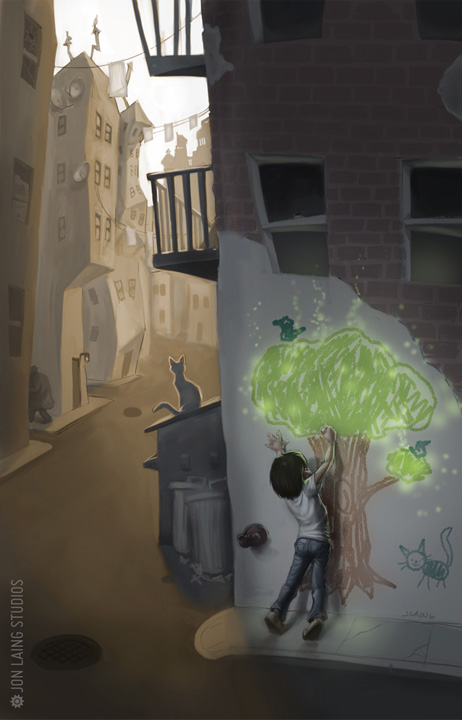 A great illustrator and storyteller, Jon Laing is a UArts graduate living in Brooklyn. He makes a lot of stuff that Reddit likes to upvote to the front page and steal. His short “Superhero” Comic is currently being turned into an animation. He is currently working on Apollo X.